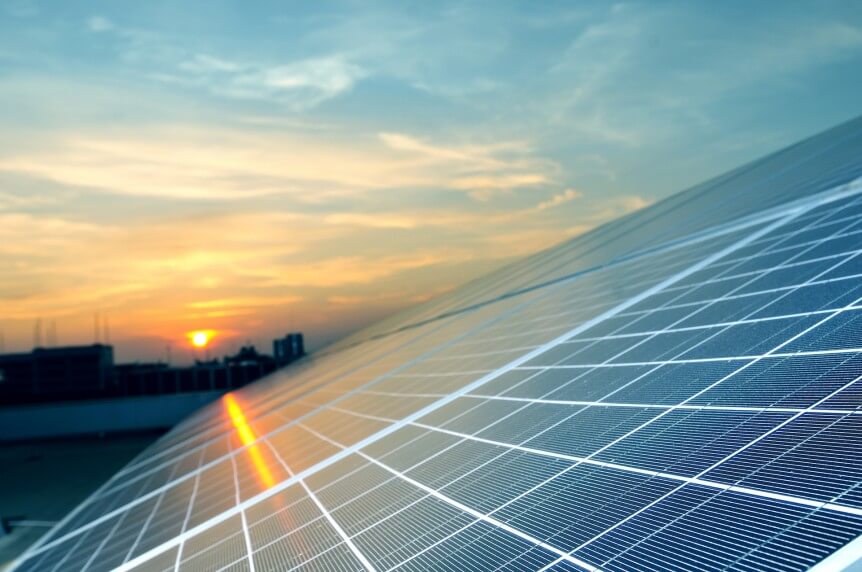 Even though solar power has been a viable method of energy production for decades, there still exist many myths and untruths about solar power technology and its limits. Perhaps at some point you might have heard some of these myths and maybe you’re confused about the facts, which is why we are spending this post addressing the top 4 solar power myths.

Myth #1: Solar panels won’t work when it’s cold or if there are clouds in the sky.

Let’s break this myth down into smaller pieces – first let’s consider if it’s true that solar power can’t be generated when it’s cold outside. This is flatly false, and the main reason is because of the physics involved in how photovoltaic systems actually work. A typical PV panel is going to generate electricity not because of the heat the sun is emitting, but because of its ionizing UV radiation. In a PV cell, a string of crystallized atoms are ionized to generate current, and this photoelectric effect has nothing to do with heat.

As for solar panels not working when there are clouds in the sky, we can safely say that this is equally as false. While it is true that cloudier days will affect the output of a solar panel array, there are still very effective solar panel installations where cloudy days are the norm. A great example of this is Germany, a country with a massive solar power install base.

Myth #2: Solar power systems are too expensive, or are cost-prohibitive.

Watt-for-watt, power generated by coal engines or nuclear reactors is as expensive or more expensive than power generated by solar PV. Equating  the cost of solar power with various grid-based power sources is called ‘grid parity’, and it is the strongest argument against this common myth. What some proponents of coal would tell you is that solar power systems degrade over time, thus reducing their payback capacity. While this is technically true, degradation values can be as low as one quarter of one percent annually.

Everyone has their own taste in aesthetics and in how their home or business physically presents itself. Particularly during a home sale, it’s important to have ‘curb appeal’ to win over buyers. Ask yourself this question: If you were shopping for a new home and you were considering one with a new solar power system versus another without, would the home’s physical appearance be more valuable to you than a heavily decreased electricity bill every month?

Consider also the amount of time you spend in your home, enjoying your many appliances and power-consuming electronics. In light of this, how your roof looks to passers-by becomes a fairly insignificant issue.

Myth #4: Solar PV systems are a headache to maintain.

Once a professionally-installed solar power system is commissioned, it rarely ever needs serious repairs unless the panels or wiring become physically damaged. Residential solar systems in particular are known for out living their decades-long warranties, and it takes a monumental amount of power to critically overload a correctly-configured solar PV system. Also, because solar panels don’t have any moving parts, there are fewer points of failure, resulting in long lifetimes.
Now that you know the facts behind these myths, contact Urban Solar today to get your no-cost, no-obligation energy assessment.