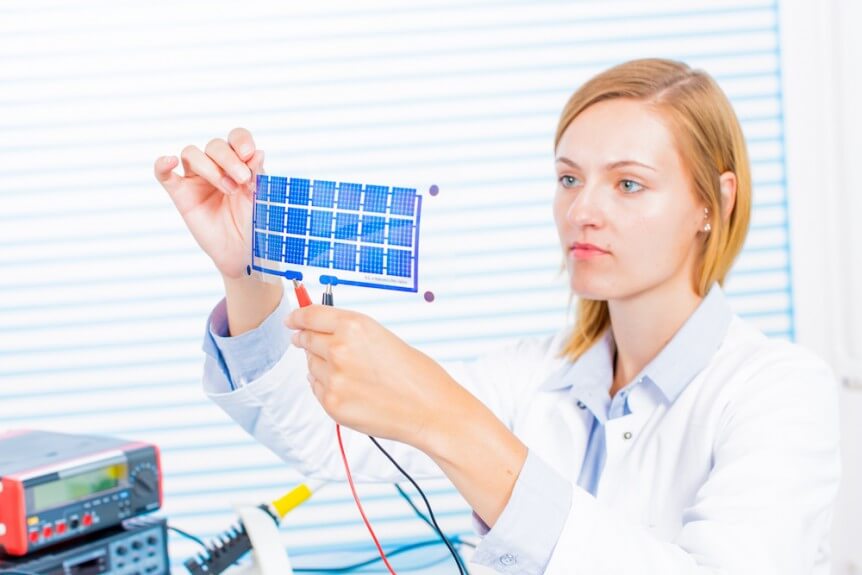 “Discontent is the first necessity of progress.” – Thomas Edison

When solar radiation from the sun hits a solar panel and produces an expected level of electric current, it’s fairly easy to gauge whether or not the panel is doing it’s job by simply asking the question, “Is electricity being produced?”. But because of the rapid advancement in manufacturing technology, there are new technological standards for PV solar module manufacturers to meet. In today’s world, it’s not enough for a solar panel to merely produce electricity; it needs to be adaptable to real-world scenarios that would have been unheard of just 20 years ago.

In this post, we’re looking at the current state of technology as it pertains to solar panels and solar PV systems. What are the industry trends? What is becoming ‘standard’ that would have been a technological feat in an older product?

It is now perfectly conceivable to design a home with windows that also operate as solar panels. This is because where solar PV is being integrated extends to virtually any surface that has exposure to the sun. This includes windows, and with the recent solar film technology advancements like this one, solar power-integrated home windows are not far from becoming a reality.

Streets, highways and other roadways are also now becoming candidates for solar power generators. Imagine driving on a road that doubled as a massive, electrically-conductive power source that could be tapped to recharge the vehicle that you’re driving in? Even the telephone poles we use to support communication lines can themselves be wrapped in flexible PV panels, turning ordinary wooden posts into energy sources!

The new efficiency bar to be met in the production of solar panels increases with every passing year. New methods of creating module components make the final product more and more capable of producing more electricity for a longer period of time. A recent review by GTM shows that solar panel efficiency ratings of 22% or higher are now being touted by top panel manufacturers. These numbers show us that less panel footprint is going to be required in the future in order to produce the same amount of electricity.

Solar power technology is ever-changing. If you’re interested in learning how to put it to work for you in your own home or business, contact Urban Solar for a complimentary energy assessment.