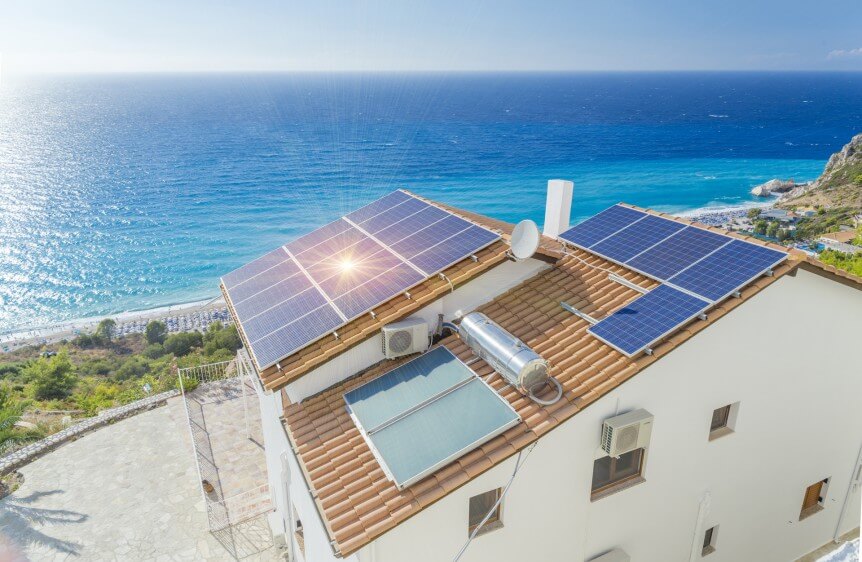 On an explosive growth trajectory, the total amount of solar installed in the US just passed the 20 GW mark after 1,393 MW of PV were installed this last quarter.

The amount of installations are rapidly increasing allowing the costs of solar to drop notably. See below; a graph displaying just this. As solar installations increase, prices decrease. Compared to other types of energy sources these number are very impressive.

It was found that by the year 2022, solar photovoltaic cells may reach 73 to 95 gigawatts of installed capacity. According to New Energy Finance’s solar analyst, for every 32 gigawatts of the solar capacity, it is equivalent to 1 percent of the U.S. electricity generation. That’s a lot of growth in the next 7 years! Although solar is still under 1 percent of total generation, it’s expected to reach 3 percent of generation in 2022. Similarly, last year Germany got 6.9% of its energy generation from solar power.

You may be wondering, but why the sudden boom in solar power? Well, there are three main reasons:

“The demand for solar energy is now higher than ever, and this report spells out how crucial it is for America to maintain smart, effective, forward-looking public policies, like the ITC (investment tax credit), beyond 2016,” said Rhone Resch, SEIA president and CEO. “At over 20 gigawatts of installed solar electric capacity, we now have enough solar in the U.S. to power 4.6 million homes, reducing harmful carbon emissions by more than 25 million metric tons a year. Since the ITC was passed in 2006, U.S. solar growth has exploded and more than 150,000 American solar jobs have been created. By any measurement, that’s a success for both our economy and environment.”

Here some different types of solar applications that are commonly used today:

There are many more applications for solar energy today, and even more in the future. When will you start powering your home with clean energy?