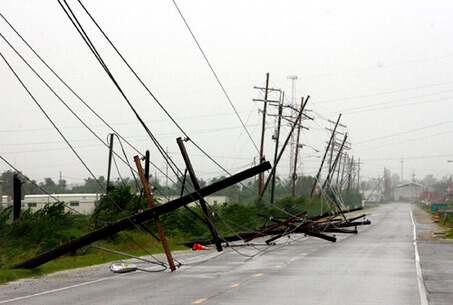 “Why Don’t My Solar Panels Work When the Power Goes Out?”

People often assume that solar panels will power their house if the grid goes out/power goes out. Unfortunately, this is not true.

I want to dive into the reasons behind this for a quick second. Solar inverters are programmed according to the National Electric Code (NEC) and Underwriters Laboratories (UL) standards. One of the rules that inverters must obey is they cannot allow a solar power system to produce power if the electrical grid goes down. So in other words, inverters are programmed to “sense” the grid and they know if it’s down. When the grid goes down, the inverters turn off. A lot of this is based on safety – if an FPL worker was fixing the power lines, thinking there was no power on at the time, he could get electrocuted by the solar energy from a house down the street.

You may or may not know by now about net metering (the process of selling electricity back to the power company). This explains why the solar power system is sending power to the power lines.

Of course, you can have solar power when the grid goes down by incorporating a battery backup system. Batteries provide a place for the solar energy to be stored and then used at night. Batteries also allow the inverters to work during the day if/when the grid goes down – allowing the solar power from the panels to “pass-through” to the house and be used during the day.