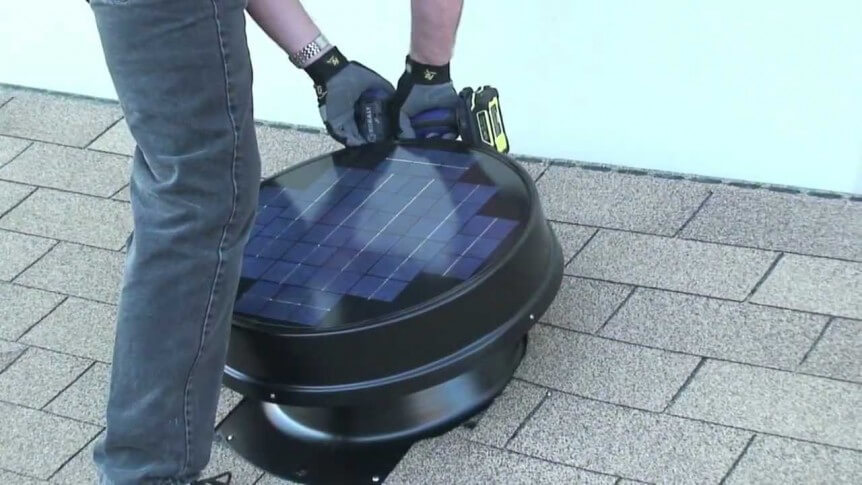 A Primer on Solar Attic Fans

Solar power is now being harnessed in many creative ways, from solar-heated water panels to PV arrays and now, home and business owners can install solar attic fans. But it may not be immediately clear to some exactly what a solar attic fan is and how it can benefit a building. So, in this week’s post we’re going to have a look at solar attic fans and how they operate.

Generally speaking, a solar attic fan is going to be installed on the roof of a building in a location that is directly above an attic or garage. The fan is 100% wireless and is not tied into the home’s existing power system – it has its own power ground and the integrated solar panel provides all of the power it needs to function. Because of the small construction profile of solar attic fans, they don’t need much structural change to install, if at all. Another convenience is the broad array of roof types and pitches that qualify for a solar attic fan install.

The fan operates by drawing power from its attached photovoltaic solar panel and working as a heat exhaust for the room it is attached to. Because the attic is generally the warmest part of a home in the hotter months, this area stands to benefit the most by having ongoing ventilation. Because the unit is completely power independent, it doesn’t cost a dime to operate once it’s installed.

Most solar attic fans can be installed in one day. A professional installation by the technicians at Urban Solar will result in a unit that works to cool the home at an ongoing cost that homeowners can live with: zero dollars! Also, because Urban Solar applies industry best practices related to sealing the solar attic fan, you don’t have to worry about leaks or other elemental intrusion. Once the initial cost of the solar attic fan has been paid by the homeowner, they can begin to see their electricity bills drop, especially during the warmest times of the year.
A single solar attic fan can help to cool potentially thousands of square feet of space. If you’re curious about whether or not a solar attic fan is a good idea for your particular home or business, then contact Urban Solar and let’s get started on your complimentary energy assessment.