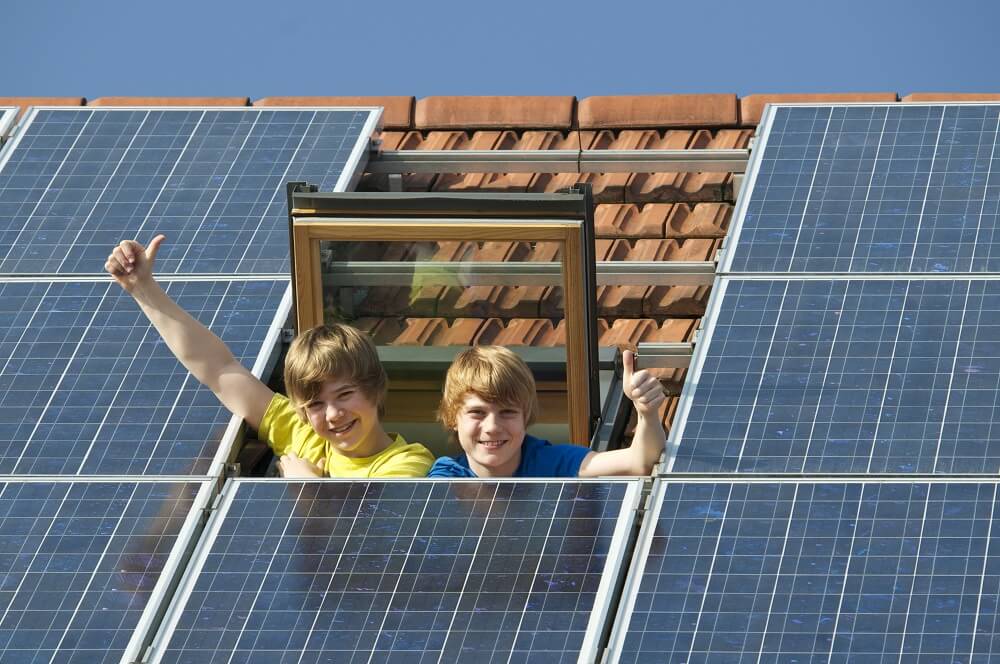 Could Solar Windows Be the “Next Big Thing”?

A new development from solar technology engineers at the National Renewable Energy Laboratory (NREL) is drawing attention – for the first time, a ‘solar window pane’ exhibited an impressive 11% efficiency rating. This means that the transparent solar module was able to convert a full 11% of the energy contained within a beam of sunlight into electricity. This efficiency rating would make commercially produced solar windows viable in total building solar systems, especially larger buildings like skyscrapers or multi-floor structures with a lot of surface area.

But this new technology gets even better: once the UV light (part of the sun’s light spectrum) hitting the window reaches a certain level, the glass begins to darken. This has huge implications for building climate control; if windows can darken during heavy sunlight exposure, then heating of the interior air can be more easily controlled. Think about the ‘transition’ lenses that are popular on many modern eyeglasses. The more intense the sunlight, the darker the lenses get. The same is true for these new solar windows.

So how promising is this new technology, and is it realistic to expect that it could be a significant factor in the ongoing effort to bring more renewable energy to cities all over the world? First and foremost, it’s important to note that there is a lot of improvement that needs to be made to these solar windows before they are ready for prime time. One reason for this is that the 11% efficiency figure only accounts for one sample panel, and only during one phase of light exposure. There have been widely varying efficiency ratings seen during subsequent testings, leading the developers to the same conclusion: while this is a great start, a lot of work needs to be done.

Even though solar windows aren’t yet a commonplace reality for homeowners and business owners, there is still a lot to be gained by installing traditional PV solar systems on your home or office building. When you’re ready to find out how much you could be saving on your energy bill, contact the professionals at Urban Solar for a complimentary, no-obligation energy assessment. We specialize in delivering custom-tailored, state-of-the-art solar solutions that can be relied upon, year-in and year-out.