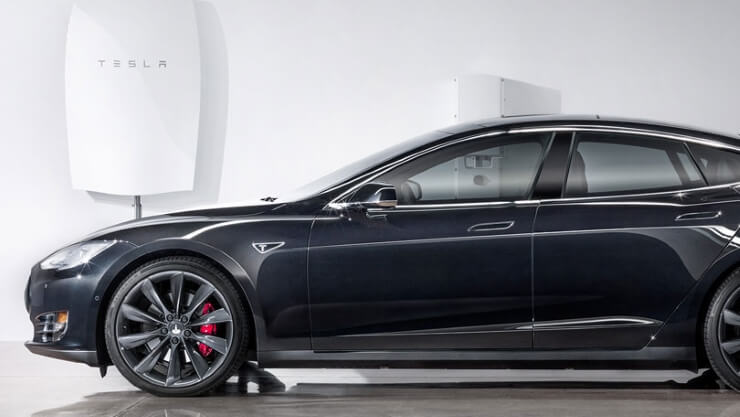 I recently spoke to a homeowner who is planning to install (9) 10kWh Tesla Powerwalls at his new construction home in Gulfstream, FL. We discussed the option of using the battery power at night. One of the biggest issues with this situation is that the Powerwall is unreleased as of this moment and so are all the details about the Powerwall. I have to note that any time I talk about the Powerwall, I’m mostly speculating on the small amount of details that are available on the web.

The thought is this: during the day, the energy from the solar panels would re-charge the batteries and also provide some power to the house. At night, the house will run – as much as it can – on the power from the (9) Tesla Powerwalls. The homeowner, who has solar on his current home, has net metering in mind and wonders if it would be worth the wear-and-tear on the batteries to constantly charge and discharge them.

So lets break it down (and let’s keep it simple). Say the power from the solar panels, per day is around 70 kWh’s. Let’s also say that the batteries are about 50% discharged from the night before. And let’s say that the house consumes/uses 100 kWh’s per day in electricity.

70 kWh’s in production minus 45 kWh’s to re-charge the batteries leaves 25 kWh’s left for the house – and this is all during the day when the sun is shining and the solar panels are producing power.

At night (after everyone comes home from work, dinner is started, TV turned on, AC blasted, lights and fans are all on) there is NO power coming from the solar panels. Let’s say that out of the 100 kWh’s the house uses 70 kWh’s at night – after the sun goes down.

The homeowner will buy 70 kWh’s from FPL at $.12 cents/kWh OR he can use the solar electricity stored within the batteries, which he produced himself at $.07/kWh! (Yes, solar power is cheaper than grid power).

My heart is with the home owner who would rather have the batteries completely ready for an emergency power outage. I can understand this because, living in Florida, we have hurricanes that could cause some real damage to the power lines and the electrical grid in general. With 90 kWh’s this homeowner could live very comfortably for days on end in the event of a power outage. If I was him, I would feel the same way and I would want to save the batteries for a time when I would really need them.

My opinion as a licensed solar contractor and solar advocate on this subject is that it is worth using the battery power at night. First of all, the power is cheaper because you created the power using solar panels. Second, the Tesla Powerwall is a lithium ion battery and has the ability to charge is discharge many times over its life – like 5,000 times.. How many years is that? …it’s 13 years. Lastly, I’ll do anything to get my customers to stop using FPL and switch to clean solar power.