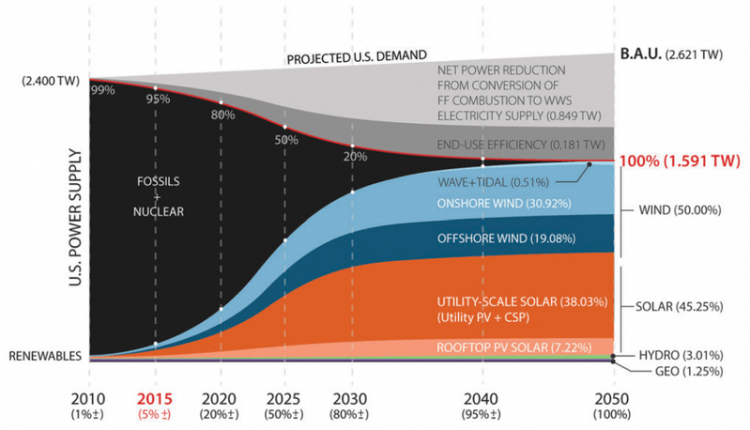 What If the US Ran 100% on Renewable Energy?

It’s totally possible and it has actually been spelled out in a recent article from The Solutions Project.

It’s still a pipe-dream at this point, but the best part is that brilliant people from the US are putting together legitimate plans for implementation. In the past, the US running on renewable energy was something out of a sci-fi movie. Never thought it would be possible or it was something that futurists just dreamt about. Today, I read this article and I get goosebumps at the thought of the US running 100% on renewable energy. I think about the challenges of attaining such a feat – political and financial – I think most about the fight that the electric utilities will put up to defend their cash-cows.. blaming solar adopters for “making electricity more expensive for everyone else.” At this point in the future, I don’t think anyone will be able to stop the renewable energy plan – it would have to be signed into law or something more serious.

Either way, check out this great article and let’s keep the dream alive! Article